Though Tagore denounced nationalism, he also vouched for the Indian independence through some of his politically charged songs. He also supported Indian nationalists and publicly criticized European imperialism. He also criticized the education system that was forced upon India by the English. In 1915, he received the knighthood from the British Crown, which he later renounced citing the massacre held at Jallianwala Bagh. He said that the knighthood meant nothing to him when the British failed to even consider his fellow Indians as humans.

Since Rabindranath Tagore believed in the concept of one world, he set out on a world tour, in an attempt to spread his ideologies. He also took along with him, his translated works, which caught the attention of many legendary poets. He also lectured in countries like the United States and Japan. Soon after, Tagore found himself visiting places like Mexico, Singapore and Rome, where he met national leaders and important personalities including the likes of Einstein and Mussolini. In 1927, he embarked on a Southeast Asian tour and inspired many with his wisdom and literary works. Tagore also used this opportunity to discuss with many world leaders, the issues between Indians and the English. Though his initial aim was to put an end to nationalism, Rabindranath over a period of time realized that nationalism was mightier than his ideology, and hence developed further hatred towards it. By the end of it all, he had visited as many as thirty countries spread over five continents.

Rabindranath’s father had bought a huge stretch of land in Santiniketan. With an idea of establishing an experimental school in his father’s property, he shifted base to Santiniketan in 1901 and founded an ashram there. It was a prayer hall with marble flooring and was named ‘The Mandir.’ The classes there were held under trees and followed the traditional Guru-Shishya method of teaching. Rabindranath Tagore hoped that the revival of this ancient method of teaching would prove beneficial when compared to the modernized method. Unfortunately, his wife and two of his children died during their stay in Santiniketan and this left Rabindranath distraught. In the meantime, his works started growing more and more popular amongst the Bengali as well as the foreign readers. This eventually gained him recognition all over the world and in 1913 Rabindranath Tagore was awarded the prestigious Nobel Prize in Literature, becoming Asia’s first Nobel laureate..

Rabindranath Tagore as an artist

Rabindranath Tagore took up drawing and painting when he was around sixty years old. His paintings were displayed at exhibitions organized throughout Europe. The style of Tagore had certain peculiarities in aesthetics and coloring schemes, which distinguished it from those of other artists. He was also influenced by the craftwork of the Malanggan people, belonging to the northern New Ireland. He was also influenced by Haida carvings from the west coast of Canada and woodcuts by Max Pechstein. The National Gallery of Modern Art in New Delhi houses as many as 102 artworks of Tagore.

Rabindranath Tagore’s writing is deeply rooted in both Indian and Western learning traditions. Apart from fiction in the form of poetry, songs, stories, and dramas, it also includes portrayals of common people’s lives, literary criticism, philosophy, and social issues. Rabindranath Tagore originally wrote in Bengali, but later reached a broad audience in the West after recasting his poetry in English. In contrast to the frenzied life in the West, his poetry was felt to convey the peace of the soul in harmony with nature.

In describing Einstein, Tagore wrote, “There was nothing stiff about him – there was no intellectual aloofness. He seemed to me a man who valued human relationship and he showed me a real interest and understanding.”

In describing Einstein, Tagore wrote, “There was nothing stiff about him – there was no intellectual aloofness. He seemed to me a man who valued human relationship and he showed me a real interest and understanding.”

Tagore and Gandhi had a great love and reverence for each other. In fact, it was Tagore who conferred the title ‘Mahatma’ on the father of nation. However, in several issues Tagore greatly differed from Gandhi. Tagore and Einstein met four times between 1930 and 1931. They revered each other moved by their mutual curiosity to grasp other’s contributions, their search for truth and love for music.

The Poet who composed the National Anthems of three Nations

Today, three nations have honoured Rabindranath Tagore by making his poems their national anthems. The world famed national anthem of India namely “Jana Gana Mana Ati Nayaka” is known to all. In addition, the Bangladesh National Anthem worded as “Amar Sona Banlga” was composed by Tagore. 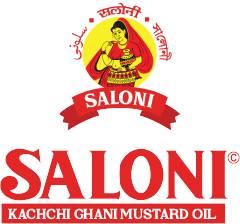 How May I Help You?